Filmmaker Holly Hargreaves is on the look out for short animations focused on love, relationships and break ups for an anthology she is curating, titled Luv.

Hargreaves’ most recent project is the Screen Australia-supported web series Bonnie the Elephant, which will feature in the anthology. Overall, she has six confirmed films but is on the look out for another 10 more to round out the project, with a focus on stories that are funny or emotional.

The anthology is intended for submission to international and domestic festivals, and for digital release on iTunes. Each accepted film will get a share of profits.

“I’m a big fan of anthologies and animation. There are a lot of horror anthologies out there but few animation anthologies so I decided to make one,” she tells IF.

“Love is a reoccuring theme in all of my work.” 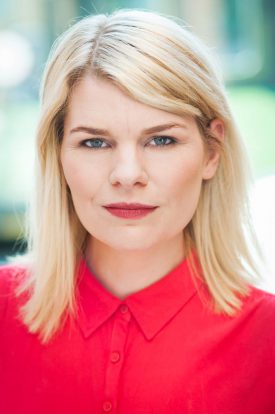 Two of the other films that have been accepted for the project are about same-sex relationships. Another is about a toothpaste tube who’s in love with an electric toothbrush, and one follows a relationship between an elderly lady and a robot.

“I have a mixture of funny and sweet films and I would like to continue that balance with the rest of the films selected.”

Hargreaves, who is seeking non-exclusive rights, will accept a film of any animation style, as long as it is under 15 minutes, as well as projects that have previously played at festivals or are online.

It will not be just an Australian-only anthology; some of the films already accepted are from the US.

Hargreaves will accept submissions over the next fortnight. Submit your film to swimlikeaboss.productions@gmail.com