SBS has commissioned a 4-part drama set during the 1850s gold rush from the perspective of desperate Chinese miners from Goalpost Television, to be directed by The Hunting’s Ana Kokkinos.

Among the returning shows, Bert Newton, Lisa Wilkinson and country music star Troy Cassar-Daley will be among the eight identities who search for their family history in Warner Bros. Australia’s Who Do You Think You Are?

In the third season of Blackfella Films’ Filthy, Rich & Homeless five high-profile Aussies including Dr Andrew Rochford will swap their privileged lives to discover what life is like for the nation’s homeless.

While Shing struggles to maintain harmony between the Chinese and European diggers he discovers the murdered body of a European woman which has connections to the Chinese camp and disastrous implications for himself and his people.

Shooting is due to start in Victoria in early 2020, produced by Goalpost’s Kylie du Fresne, Liam Heyen and Elisa Argenzio, with funding from Screen Australia and All3media International.

It’s the first Australian period drama commissioned by SBS. Marshall Heald, SBS director of TV and online content, tells IF: “It’s a murder mystery embedded in a community which has rarely been seen on screen. We’re thrilled to be working again with Ana after The Hunting; she has such a deft, delicate touch and is excellent with characters.”

Screen Australia head of content Sally Caplan said: “New Gold Mountain is set to bring a unique piece of Australian history to our screens, shining a light on the Chinese migrants of the 1850s whose stories have seldom been told.” 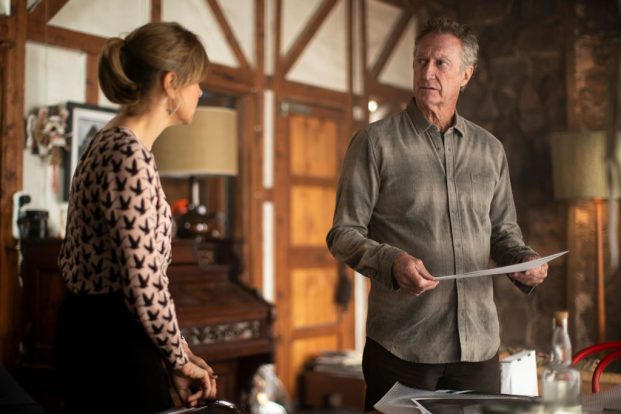 ITV Studios’ Who Gets To Stay In Australia? chronicles the lives of families and individuals who have applied for permanent residency in the face of Australia’s tough immigration laws. The Screen Australia-supported four-part series adapted from the UK format Who Should Get a British Passport? created by Twofour for the BBC asks: Who are we as a nation and who do we want our new Australians to be?

In Northern Pictures’ See What You Made Me Do (working title) investigative journalist Jess Hill will shine a light on domestic abuse, tracing how a love story can end in murder and seeking solutions in Australia and from across the globe to this epidemic.

Announced earlier when they received Screen Australia funding, Blackfella Films’ Addicted will follow 12 Australians as they confront their addictions head-on in a unique treatment and counselling program, produced by Darren Dale and scripted by Jacob Hickey.

Dale says the show will follow the program’s participants over six months and he believes the format has international potential.

WildBear Entertainment’s Come Fly With Me presented by Justine Clarke will tell the story of the pilots, flight attendants, technology, fashions and destinations that changed Australia in the air and on the ground.

Rachel Perkins will direct and present Blackfella Films’ First Wars, which will unearth 100 years of the frontier conflict that has often been buried, whitewashed or ignored. By challenging our past, the three-parter will ask Australians who we are and who we want to become as a nation. The series will complete the commitment SBS and Blackfella Films made 10 years ago to chart the country’s history, which started with First Australians and continued with First Contact, Dale says.

Season 2 of CJZ’s Marry Me, Marry My Family will follow six couples from different backgrounds as they face the pressures of navigating family, religion and tradition while planning for their weddings.

A Joined Up production, Secrets of Our Cities 2 sees host Greig Pickhaver uncover the hidden past of three Australian cities, interwoven with tales of triumph and tragedy through the broader history.

Artemis Media’s Every Family Has a Secret 2 again presented by Noni Hazlehurst promises to reveal more dark pasts and hidden scandals that have impacted generations. Heald was delighted with the ratings of season three of Struggle Street and is awaiting suggestions from the producers Luna Media on where a fourth series might be set.

Among the returning dramas are The New Pope, Brooklyn Nine-Nine, The Good Fight and The Handmaid’s Tale.