Justin Kurzel’s True History of the Kelly Gang and Unjoo Moon’s I Am Woman will have their world premieres at the Toronto International Film Festival, which runs from September 5-15.

Scripted by Shaun Grant and starring George Mackay, Russell Crowe, Charlie Hunnam, Nicholas Hoult, Essie Davis and Harry Greenwood, the saga of the Australian bush-ranger and his gang as they flee from authorities during the 1870s will be among the gala premieres.

In addition, The Other Lamb, the first English-language feature by Polish director Małgorzata Szumowska, scripted by Australian Catherine Smyth-McMullen, will screen in special presentations.

The Belgian-Irish co-production is described as a haunting tale that follows a young woman, raised in a repressive cult led by a charismatic patriarch, who grows skeptical of his leadership after a supernatural event and begins to challenge his teachings, starring Raffey Cassidy, Michiel Huisman and Denise Gough.

Smyth-McMullen is a writer on the upcoming horror anthology series Two Sentence Horror Stories for The CW / Warner Brothers Digital and her digital series Parked is in development with Princess Pictures, funded by Screen Australia and YouTube.

She also wrote Wentworth VR, the VR adaptation of the Fremantle/Foxtel series, which won the 2018 SPA Award for Interactive Production.

Of the gala films announced today, 50 per cent of the titles are directed or co-directed by women — a record number for the program. This year’s selection includes 29 world premieres, six international premieres, 13 North American premieres and eight Canadian premieres.

The festival will open with Daniel Roher’s Canadian-made documentary Once Were Brothers: Robbie Robertson and The Band and close with Radioactive, the Marjane Satrapi-directed UK drama about the scientific and romantic passion between Marie Curie (Rosamund Pike) and Pierre Curie (Sam Riley) and the price of their dangerous exposure to radiation. 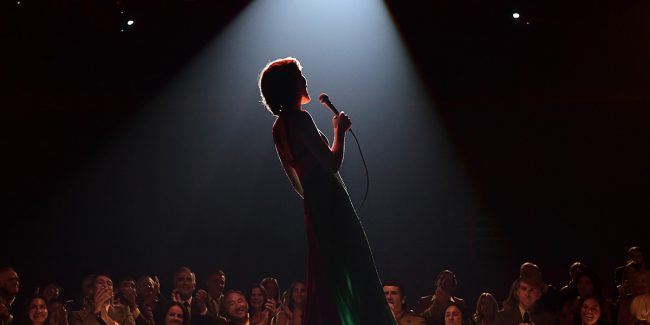 Grant tells IF: “I’ve been fortunate to have my films play at several of the other big festivals around the world but this will be my first time to Toronto. It’s very exciting as I hear the audiences are wonderful. True History of the Kelly Gang has been a true labour of love for Justin and me so we can’t wait to share it with the world.”

Goalpost Pictures’ Rosemary Blight produced I Am Woman, scripted by Emma Jensen and starring Cobham-Hervey as Reddy with Macdonald as rock journalist Lillian Roxon and Evan Peters as Jeff Wald, the US talent manager who married the singer in 1966 and negotiated her career-changing deal with Capitol Records in 1971, which spawned the hit ‘I Am Woman.’ Cardarople plays Capitol Records executive Roy Meyer.

Blight said: “We couldn’t be happier. Toronto is an incredible festival to launch the film and honours the work of the entire cast and crew as well as the incomparable Helen Reddy, whose life story inspires us all.”

Financed by Screen Australia in association with Westend Films and Create NSW and support from the Goodship Women’s Fund, it is the narrative feature debut of Moon, who directed The Zen of Bennett, a feature documentary set on the eve of singer Tony Bennett’s 85th birthday.

Transmission Films will release both films next year.

For the full program go here